The Death of Craft Trains

The Death of Craft Trains

A long time ago, in the last century, there was a hobby called Craft Model Trains. It received a jump start in the 1930s with the first publication of Model Railroader Magazine. The Craft Train hobby peaked out about fifty years later in the mid-seventies. What are the Craft Trains? First of all, we need to identify the word “craft”. The dictionary uses the words; Skill, ingenuity, dexterity. An art, trade, or occupation requiring special skill.

A craftsman is one who practices a craft and is an artisan. From this, we could surmise that it means someone that works with their mind and hands to create and build something. Since the beginning of time, children learned their parent’s craft and then passed it on to his sons. A kid could also learn a different craft than they parent by working for an artisan for some years as an apprentice.

After they became proficient in the trade, they became a journeyman and could work on their own and employ others as appendices. That was the way goods and services were until factories came about.  For example, a wooden chair is made by several people collectively where each person does a specific job. On man cuts the wood to length, another runs a lath to turn the legs and one forms the seat while other assembles the parts. Man has found something lacking in this form of work as he now functions as a mindless machine.

There are still many that work in craft trades such as electricians, plumbers, cabinet makers and so forth. Sometimes the trade is learned the old way, and however, many where taught in our school system. How about the others in our complex society that work as teachers, doctors, lawyers, accountants. They found satisfaction in life by starting a hobby. It could be anything such as woodworking, photography and developing the film, metalwork, hot rods, sewing, knitting and more.

What is Craft trains? 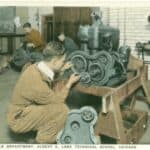 In the ’50s, a high school friend invited me over and eventually, he showed off his fathers layout in one of the attic bedrooms. The hand-laid track, wood ties and bridges, cardboard buildings, gravel ballast and dirt scenery impressed me. Then I watched him run a train and switch a few cars. I knew then and there that someday the time would be found to build one of these contraptions. First, there were a few Hot Rods to build, important hockey games to play, songs to sing, finish my education, get a steady job, get married and build a house. Ah, house means basement, that must mean model railroad space and time.

I started in the hobby in the late ’60s when it was near its peak. The hobby shops had cork roadbed, flex track, freight car, kits, engines and presto, a layout was built in a few days. A few months went by when the realisation hit that this did not resemble the layout in my friend’s attic.

I tore it out when I moved and a start building a new one. Hand laid track and turn-outs, scratch-built structures by myself and others, Campbell Scale Model kits and home-made scenery. Some of this stuff is still on my layout thirty years later. Some consider this concept of modelling as a form of “art”. Like my father, I was an automotive mechanic, and his hobby was painting pictures, I chose three-dimensional art. The most important part of all this is that my father taught me how to work with my hands and mind.

End of an era

In the last twenty years, I have observed a steady decline in all hobbies among the people in America. As a hobby manufacturer, I asked many of my customer stores about their sales and what folks are buying. They said; ready-to-run items that can be taken out of a box and placed on the layout. Do you get what I mean now, Craft Trains is dead. So, why has this happened? Time, money, ability and drugs. 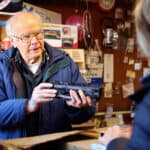 I know many folks in the hobby business that work as manufactures, shop owners and distributors. Some are in their seventies and have not even started a layout yet or have made very little progress. I don’t get at all as they tell me that someday they will take the time. Hey, model railroading is supposed to be a lifetime hobby, why are you waiting? All went into the business because they like the hobby but they never participated for themselves. In general, Folks have less time because we move more than our fathers. The divorce rate is much higher and single parents don’t have time for the children except work, eat and sleep. How about the greater distances commuting for work. The result is that folks want instant gratification in whatever they do and this translates into buying everything instead of making it for yourself.

A single-parent household has less cash. Many of the “good” jobs have disappeared because of computer and robots. I have seen many “Middle Manager” positions eliminated because of the computer. These are the folks that made a few extra bucks and could afford a hobby. The middle class is slipping back into the ranks of the working poor. Overall, wages have not kept up with inflation. Compare the cost of a gallon of gasoline with your wages twenty-five years ago. If you were making ten dollars an hour then, are you now pulling in sixty?

If you fall into the category of limited cash resources, Craft trains are the way to go because one can scratch build many things for the lowest cost. Now, the result of your work becomes unique and resembles a form of art. I like to have my railroad look like something I did rather than an assembly of components from the Walthers Catalog.

Have we stopped handing down our craft talents to our children? We do most of our learning in the first few years of our life. Someone said,” we learn almost everything we need to know in life in kindergarten”. Something you learn includes watching your parent do things. If parents come home every night, pops open a beer and vegetates in front of the TV, guess what the child learns. I used to say that, “mechanics are born, not created”. Some kids proved me wrong at the Fred Harvey Garage at the Grand Canyon when I was the Lead Mechanic. The rascal’s name is Jeff. He came to work for me about age thirty with very little mechanical experience. He ended up being a fairly good “wrench”. We all have dormant gifts hidden in us that can be developed and blossomed to fulfilment.

Drugs are the most serious problem we have in America today. Think about it. It takes from us; quality time squanders the money and impairs the ability.

The reports have been coming in for years that model railroaders are getting older. It’s the same thing as saying that young folks are not coming into the hobby. The numbers are getting smaller because they are dying off, just like the magazine subscriptions are doing. A customer of mine about twenty-five years old attended the last NMRA convention in California and stated that ” there didn’t see to be anyone there even near my age”.

If you like the concept of craft trains, you better hurry. The problem is that the manufactures who make all those neat scratch building parts and kits for the hobby ain’t going to be around much longer because sales are way down. I have personally spoken with a few of them and they’re about ready to pull the pin. Armed with this knowledge, I placed some big orders with them to make sure I got mine. Do you have yours?

Leaning tower at 2nd and Commerce