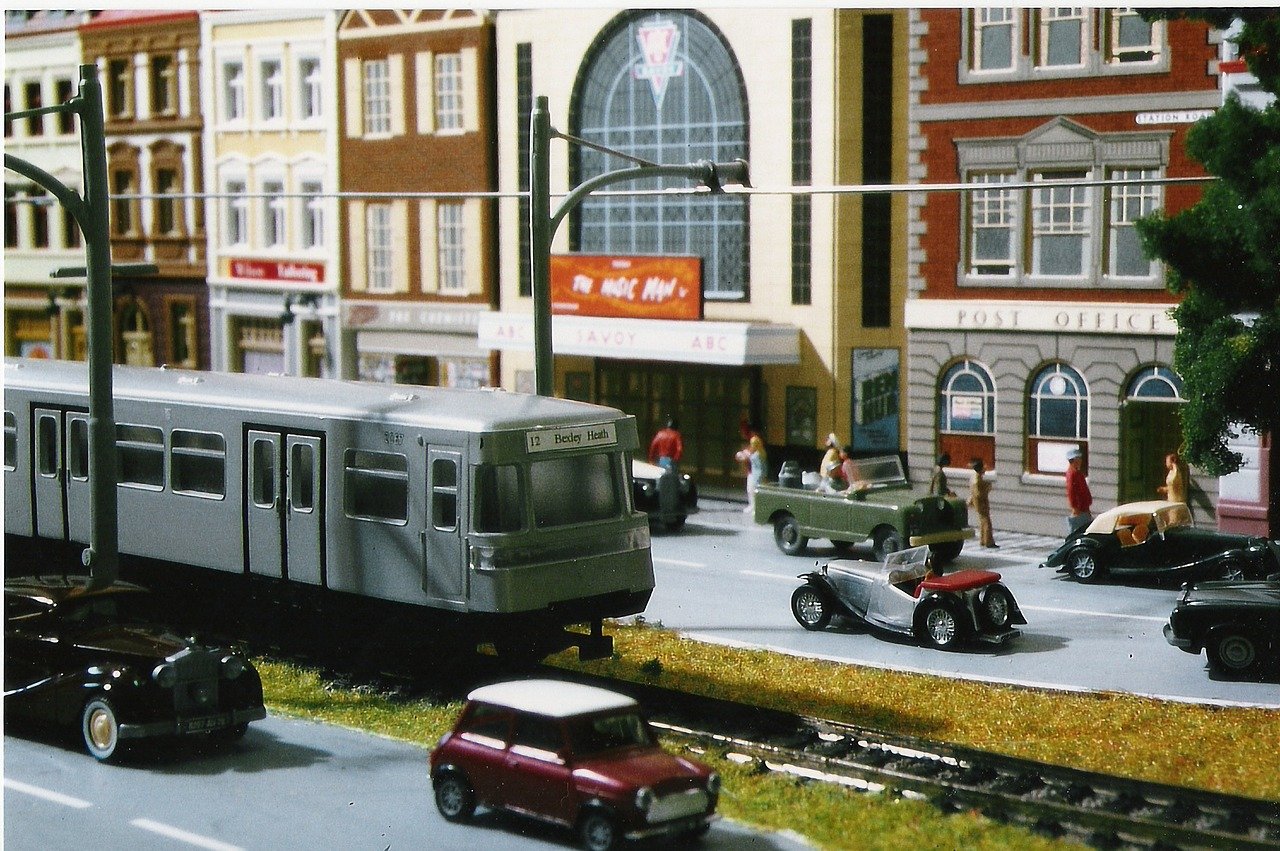 S scale (or S gauge) is a model railroad scale modeled at 1:64 scale, S scale track gauge (space between the rails) is 0.883 in (22.43 mm). This gauge trains are manufactured in both DC and AC powered varieties.

S scale is one of the oldest model railroading scales. The earliest known 1:64 scale train was constructed from the card in 1896. The first working models appeared in England in the early 20th century. Modeling in S scale increased in the 1930s-1940s when CD Models marketed 3/16″ model trains. American Flyer was a manufacturer of standard gauge and O gauge “tinplate” trains, based in Chicago, Illinois. It never produced S scale trains as an independent company. A.C. Gilbert Co. purchased Chicago Flyer in the late 1930s. Gilbert began manufacturing S scale trains around 1939 that ran on three rails “O” gauge track. This was known as the 3/16″ O gauge. Gilbert stopped producing trains during WWII. When the war ended, Gilbert began producing true S scale S gauge trains in 1946 under the American Flyer mark.

Use our HO Scale for you S Scale needs

The term “S scale” was adopted by the National Model Railroading Association (NMRA) in 1943 to represent that scale that was half of 1 gauge, which was built to 1:32 scale. A.C. Gilbert’s improvements in 1:64 modeling and promotions of S gauge largely shaped the world of 1:64 modeling today. S gauge entered what many consider its heyday in the 1950s. Although there is more available in the S scale today than was available during this period. However, during that period, Lionel outsold American Flyer nearly two to one. American Flyer’s parent company went out of business. The brand was sold to a holding company that also owned Lionel in 1967.

Lionel re-introduced S gauge trains and accessories under the American Flyer name in 1979. Another S manufacturer, American Models, entered the marketplace in 1981 and is also one of the major S suppliers. S-Helper Service, another major S gauge manufacturer of locomotives, rolling stock, track, and other products. Began operations in 1989 and delivered their first S products in 1990. In 2013, S-Helper Service was sold to MTH Electric Trains. And while the S scale market has seen several brass model manufacturers, today, the major brass model supplier in S scale and S gauge is River Raisin Models.

Today’s S gauge and S scale modelers have a greater selection and higher quality products from a wide range of manufacturers than in the past. In addition to locomotives, rolling stock, and track basics, various manufacturers now offer S scale structures, detail parts, figures, other scenic items, bridges, and more. The largest S Scale layout in the United States is the Cincinnati in Motion exhibit at the Cincinnati Museum Center at Union Terminal.