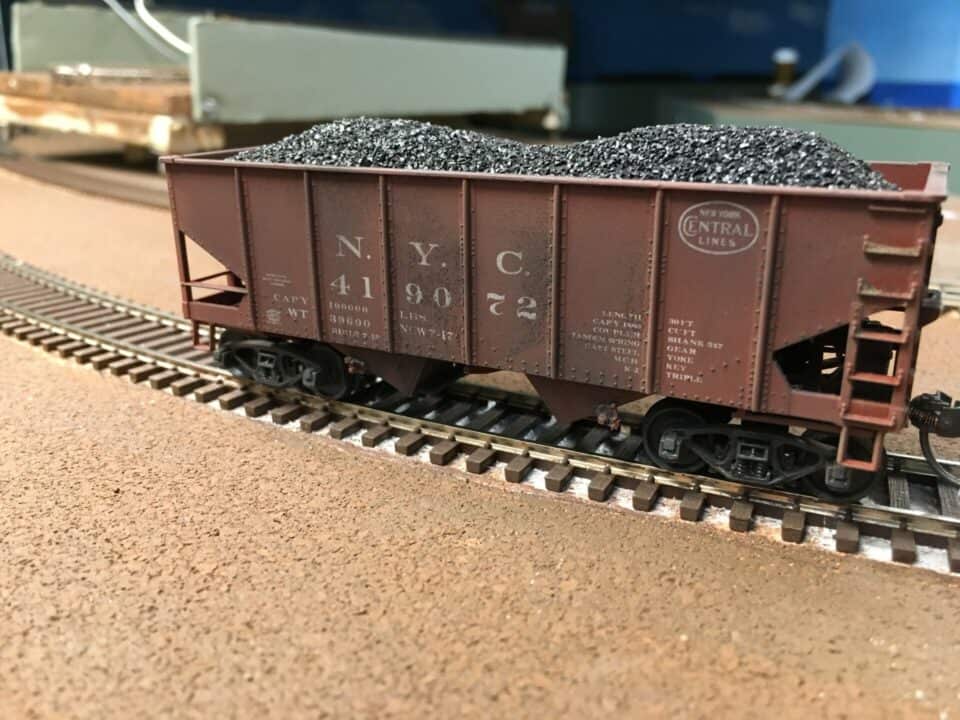 Coal is primarily used as fuel to generate electric power in the United States. The coal is burned and the heat given off is used to convert water into steam, which drives a turbine. In 2012, about 39 percent of all electricity in the United States was generated by coal-fired power plants, according to the U.S. Energy Information Administration. Coal is a sedimentary rock made predominantly of carbon that can be burned for fuel. Coal is readily combustible, black or brownish-black, and has a composition that, including inherent moisture, consists of more than 50 percent by weight and more than 70 percent by volume of carbonaceous material. It is formed from plant remains that have been compacted, hardened, chemically altered, and metamorphosed by heat and pressure over geologic time. Coal is found all over the world including our country, predominantly in places where forests and marshes existed prehistorically, before being buried and compressed over millions of years. Some of the largest deposits, though, are located in areas of the Appalachian basin in the eastern U.S., the Illinois basin in the mid-continent region, and throughout the Rocky Mountain basins in the western U.S. Certain types of coal can also be used for metallurgical processes, like forging steel, smelting metals, or even in smelting sands, which are used to cast metal. Finally, coal can be burned to provide heat for individual homes. The biggest coal deposit by volume is the Powder River Basin in Wyoming and Montana, which the USGS estimated to have 1.07 trillion short tons of in-place coal resources, 162 billion short tons of recoverable coal resources, and 25 billion short tons of economic coal resources (also called reserves) in 2013. There are four major types (or “ranks”) of coal. Rank refers to steps in a slow, natural process called “coalification,” during which buried plant matter changes into an ever denser, drier, more carbon-rich, and harder material. The four ranks are: Anthracite: The highest rank of coal. It is a hard, brittle, and black lustrous coal, often referred to as hard coal, containing a high percentage of fixed carbon and a low percentage of volatile matter. Bituminous: Bituminous coal is middle-rank coal between sub-bituminous and anthracite. Bituminous usually has a high heating (Btu) value and is the most common type of coal used in electricity generation in the United States. Bituminous coal appears shiny and smooth when you first see it, but look closer and you may see it has layers. Subbituminous: Subbituminous coal is black in color and dull (not shiny), and has a higher heating value than lignite.
Lignite: Lignite coal, aka brown coal, is the lowest grade coal with the least concentration of carbon. Also, there is peat. Peat is not actually coal, but rather the precursor to coal. Peat is a soft organic material consisting of partly decayed plant and, in some cases, deposited mineral matter. When peat is placed under high pressure and heat, it becomes coal.

Coal is a combustible black or brownish-black sedimentary rock, formed as rock strata called coal seams. Coal is mostly carbon with variable amounts of other elements; chiefly hydrogen, sulfur, oxygen, and nitrogen. Coal is formed when dead plant matter decays into peat and is converted into coal by the heat and pressure of deep burial over millions of years. Vast deposits of coal originate in former wetlands—called coal forests—that covered much of the Earth’s tropical land areas during the late Carboniferous (Pennsylvanian) and Permian times.

As a fossil fuel burned for heat, coal supplies about a quarter of the world’s primary energy and two-fifths of its electricity. Some iron and steel making and other industrial processes burn coal.

The extraction and use of coal cause many premature deaths and much illness. Coal industry damages the environment, including by climate change as it is the largest anthropogenic source of carbon dioxide, 14 Gt in 2016, which is 40% of the total fossil fuel emissions. As part of the worldwide energy transition, many countries have stopped using or use less coal, and the UN Secretary-General has asked governments to stop building new coal plants by 2020.  WIKI

Thank you for submitting a review!

Your input is very much appreciated. Share it with your friends so they can enjoy it too!

Great for n-scale coal loads. Bought a sample to try it out and ended up placing an order for more. Very consistent product size wise. I will use ARM coal for all my n-scale hopper loads. Awesome product !!

US
Haven’t Received Product Yet

I’m still awaiting delivery of product due to issues with this supplier. I understand that that the delay was unavoidable and I expect to receive product within the next few weeks.