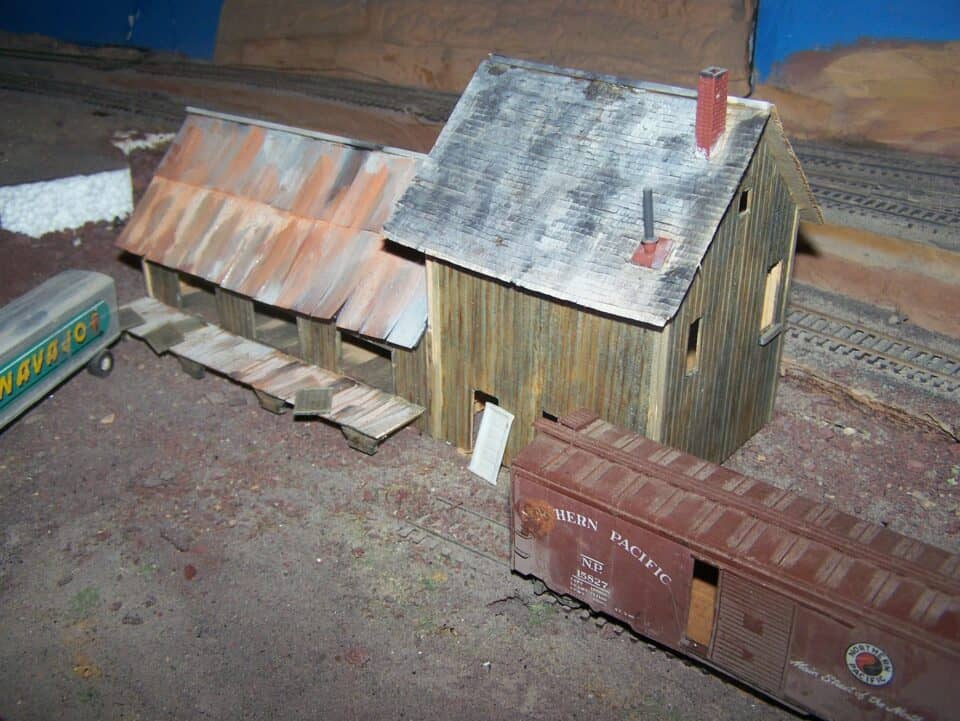 This is a scratch built I made and forgot about. It’s called” Cal’s City Transfer, Rail Truck Terminal”, named after my cousin.

On the Track on the background is 138 (CSX/Southern Pacific/Wabash Gray) on the tin roof Desert Varnish 1402 pigment for ground cover we used 101 (Red Cinder) 115 (Empire Builder Basalt) and 103 (Black Cinder).